I FRATELLI LEHMAN (The Lehman Brothers) 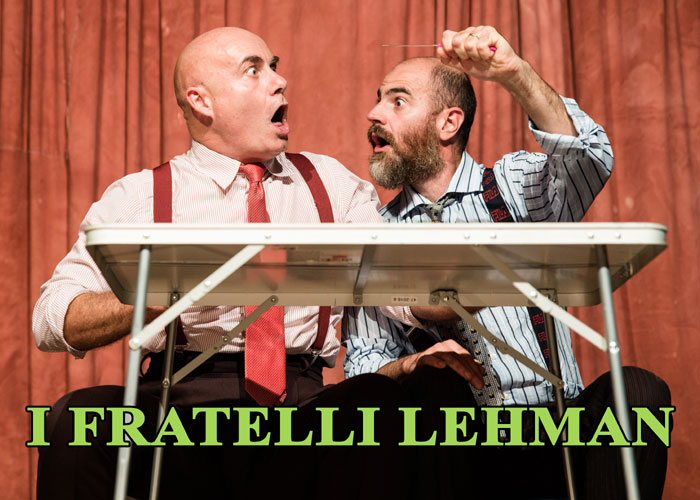 A nouveau clown show about the story of the Fratelli Lehman, a couple of bankers and financiers whose uncanny ability and skills have made them famous and respected all over the world. Apparently they have it all: fast cars, beautiful secretaries, luxurious offices, lavish lifestyle.

However, one day their fortune is wiped out in a matter of minutes after a disastrous plunge of the stock market. From riches to rags they now have to turn their failure into opportunity and climb the mountain of success once again.

A show about money, greed, and love told with the language of clowning and physical comedy with almost no verbal interaction. An eccentric exploration of a universal theme which, in one way or the other, touches the life of each human in this planet.

Show for audiences of all ages and nationalities. It can be played in unconventional venues.