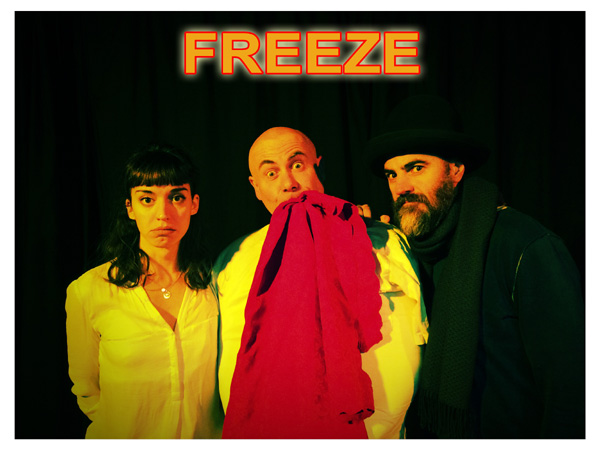 4 walls, 3 destinies, 1 apartment. A plumber from Eastern Europe, a florist, and a nurse share their daily paths within a psychiatric ward, in a comic and bizarre magnetic resonance of our reality.

A bizarre physical-comic analysis of three characters moving within a stage area where,through series of visual comedy gags, they tell in an eccentric way their personal story, dreams and emotional development.

A show where visual comedy situations (object trouvé, eccentric character, clowning) alternate with moments of physical theater so as to engage the audience by means of an innovative and surreal comic language. An alternative view of the humanity and intimate eccentricity hidden within all of us.

Suitable for audiences of all age and nationalities

To help teachers with their online lessons we’ve published our shows on YouTube.

To receive the free didactic kits and scripts of each show write to education@tomcorradini.it stating your name, school and country.