BREXIT is a physical theatre comedy written  by Tom Corradini and Samuel Toye.

June 23, 2016 – more than 30 million UK citizens are called to vote in a referendum. The question asked is simple and straightforward: “Should the United Kingdom remain a member of the European Union or leave the European Union?” 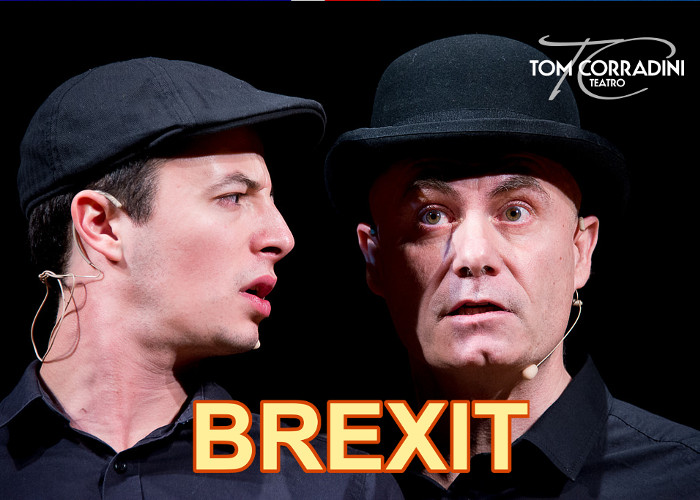 A father and a son debate on their stance on the vote. They are united in blood but divided in spirit. Charles is a self-made businessman. Eric is a young man aspiring to become an artist. The two characters argue their respective position while digressing on the essence what being British and European really means to them. The debate turns from surreal to grotesque, from bitter to absurd, until both of them cast their vote…

A show about freedom, courage, loss, division, history, British and European identity – played in English with elements of mime and physical theatre. Also suitable for learners of English as a second language (intermediate level). 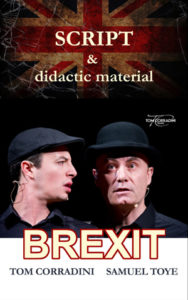 The original script and a set of didactic material to be used after the show is available for teachers. This kit can be purchased on Amazon, either in Kindle or paperback version.

Lucy Komisar – The Komisar Scoop (USA)
“Brexit”: Politics as vaudeville at Avignon
link to the full review or download as pdf